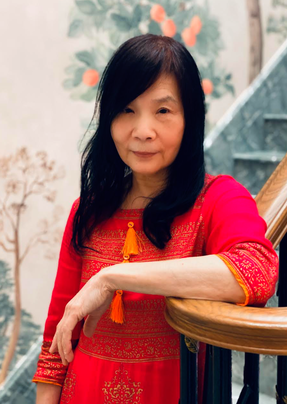 Having started to learn the piano at the age of five with Betty Drown, Loo attended
the Juilliard School in 1965 under the tutelage of Mieczyslaw Munz and Adele Marcus. After graduating with a Master’s degree, she continued her studies with Vlado Perlemuter in France and Guido Agosti in Italy, as well as Ryszard Bakst and Derek Wyndham at the Royal Northern College of Music in the UK. In 1976, she won first prize at the Fourth Rina Sala Gallo International Competition in Monza, and has since won awards in many other international competitions, including the Marguerite Long International Competition in Paris.

But Loo’s talents are not limited to concert performance alone: she has participated in various multi-media performances, musicals and operas, such as Kung Chi-shing’s M Garden, and in drama productions, such as The Tale of Three Hong Kong Women with the Hong Kong Fringe Club and The Music Factory with Chung Ying Theatre Company. She has also accompanied with the City Contemporary Dance Company as pianist in The Rite of Spring and Testimony, and for Musica Viva in Donizetti’s opera La fille du régiment. Loo’s CDs include a solo piano album of Christian music; Ambush from All Sides and Moonlight on Spring River with the Hong Kong Chinese Orchestra; piano works by local composers; and the Brahms Hungarian Dances with violinist Leung Kin Fung. A series of recording projects are in process, including hymn transcriptions by Chinese composers, a concerto for piano and wind band, and Schoenberg’s song cycle The Book of the Hanging Gardens. Loo’s engagement with music education in the community is noteworthy; she frequently serves as an adjudicator for piano competitions as well as giving talks and master classes. Her recent contributions include serving on the adjudication panel of the Steinway &amp; Sons International Youth Piano Competition (Hong Kong and Macau Regional Competition). She has been the presenter of RTHK Radio Four’s Cantilena for over ten years and of Children’s Corner, a classical music programme for parents and children, for over twenty years. Recently, she has become actively involved in music ministry in prisons, sharing her passion for music with some of the least advantaged in our society. Loo’s service to the community through music was first recognised when she became a recipient of the Ten Outstanding Young Persons Award early in 1978. She received the HKSAR Medal of Honour in 2010, and was honoured as the Artist of the Year (Music) by the Hong Kong Arts Development Council in 2016. 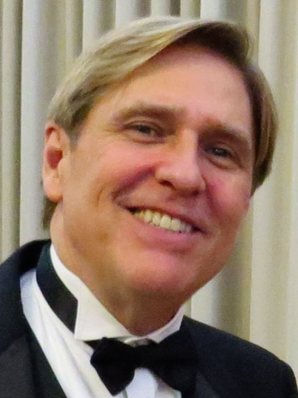 Warren began his musical career as a pianist and composer. His early positions included a stint as a ballet accompanist for Honolulu City Ballet and as music director of the Kumu Kahua Theatre in Honolulu, where his work in theatre and opera led to his becoming a conductor. Over the past two decades he has conducted more than 1,000 orchestral, operatic, and choral works.
He divides his time between New Jersey and Arizona with his wife, soprano Carolyn Whitaker, and his 18-year-old son Graham, an award winning composer and violist (and frequent presenter on MNO educational outreach visits), now at the Juilliard School in New York. 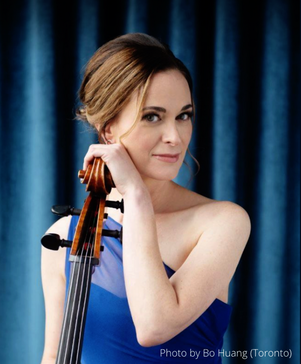 Canadian-American cellist Amelie Fradette was born in Saguenay, Quebec where she studied at le Conservatoire de musique de Chicoutimi. She obtained her bachelor’s of music and master’s of music degrees from le Conservatoire de musique de Montreal with Guy Fouquet. She was honored with le Prix avec Grande Distinction, the conservatory’s most prestigious award. Amelie continued her studies at the Cleveland Institute of Music with Richard Aaron and at Yale University with Aldo Parisot. Since 2001, she has been a member of the Buffalo Philharmonic Orchestra. As a soloist, Amelie has performed with l’Orchestre Symphonique du Saguenay Lac-St-Jean, l’Orchestre de chambre de Montreal, l’Orchestre du Conservatoire de musique de Montreal, Ars Nova chamber orchestra and the Buffalo Philharmonic orchestra. The Buffalo News praised her as “a spectacularly gifted cellist”. As a recitalist, she played several times for les Jeunesses Musicales du Canada and recorded live recitals for “Espace Musique” the network of Radio-Canada. She received the “Excellence” scholarship from l’Institut des Arts au Saguenay and was the 1st prizewinner at le Concours de Musique du Royaume. Amelie has participated in numerous festivals, including le Domaine Forget, Festival de musique de chambre de Montreal, le Centre d’Arts Orford, Sarasota Music Festival and the Banff Centre for the Arts. She attended Music Academy of the West on full scholarship and was awarded a fellowship to study at the Aspen Music Festival and School in Colorado. A sought-after chamber music player, Amelie regularly performs with the Buffalo Chamber Players, Trio con Fuoco and also in a cello ensemble with other members of the BPO. Amelie often plays concerts with the Chautauqua Symphony orchestra during the summer months. 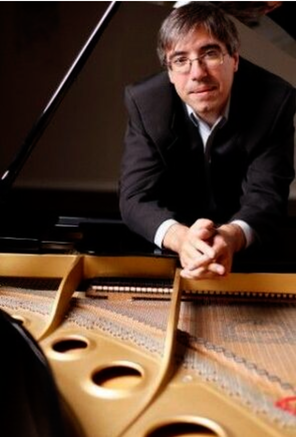 Pianist Avguste Antonov is at home in all repertoire, with a special interest for the 20th and 21st century music. He has performed World and USA premieres at venues across North America and over the years he has worked with composers Carter Pann, Gregory Hutter, Michael Colgrass, Raina Murnak, Matthew Lewis, Till Meyn, Matthew Saunders, Robert Rollin, William Vollinger and others.

He is an adjudicator for many international music competitions. In 2021, Avguste Antonov was named on the advisory board of the Sound Expressivo Global Competition.  Previous seasons highlights include a recital at the Bulgarian Ambassador Residence (Washington, DC) the performance of Carter Pann "Concerto Logic" with the San Jose State University Wind Ensemble, a live performance for the Kansas Public Radio, the World and US Premiere of Matthew Saunders "Piano Concerto" with the University City Symphony (University City, MO) and the Lakeland Community Orchestra (Kirtland, OH).

​Since April 2019 Avguste Antonov resides in France.  During the year 2019-2020, he was piano professor at the school of music  "Couleur Musique" (Bordeaux). Since September 2020, he is professor of piano and accompaniment at the Conservatoire de Châteaubriant.  ​ 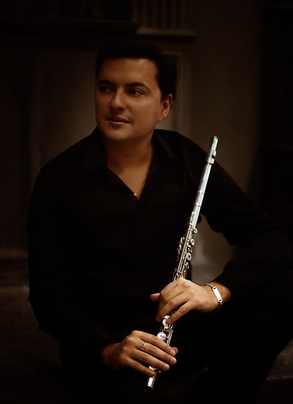 Victor Khotulev is flutist of the National Philharmonic Orchestra of Russia. Conductor under the baton of Vladimir Spivakov and invited soloist of chamber orchestra "Virtuosos of Moscow”.
Victor studied at the famous Gnessin Academy of Music in Moscow with professor Vladimir Kudrya and finished this study with honours degree. He performed on national and international stages as a soloist and is a well sought after jury member in several Russian woodwind competitions. Victor Khotulev was awarded the gold medal “For contribution to the development of musical art” in 2019 and in 2016 he was Laureate of the international competition “Classic academy”  in Moscow, Russia.
From 2008 till now Victor is artist of the Moscow woodwind quintet, the laureate of international competitions “Modus Vivendi”. In 2017 recorded CD “French and English music for flute of 20 century”